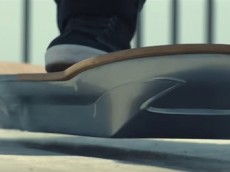 The Hoverboard is here. Well, kind of. Ever since Back to the Future II came out back in 1989, people have clamored for a company to create the Hoverboard seen frequently throughout the movie. There have been several attempts, but Lexus has unveiled their version which appears to be the closest iteration of the beloved […]