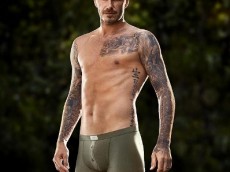 While the interwebs were abuzz over the latest H&M ad featuring David Beckham showing off his assets, some Debbie Downer took it upon themselves to reveal something shocking. Apparently, according to the Today Show, H&M used a body double for some parts of the video shoot. Then H&M actually confirmed it: "David was very involved […]