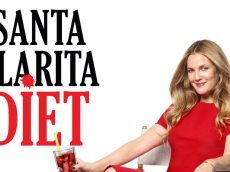 As Netflix recently found out, not-safe-for-work ads can be condemned for being too controversial. Adweek reports a German billboard for the streaming service’s zombie-comedy Santa Clarita Diet was taken down after receiving more than 50 complaints about its “disturbing” content. Netflix routinely pulls out all the stops when marketing new original series’, with the recently-released Santa Clarita Diet being no exception. Mocking […]

Umpire blasted for performance in Braves vs. Mets game