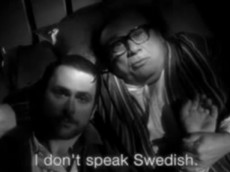 The comedy series "It's Always Sunny in Philadelphia" always deploys a rather unique series of advertisements when a new season approaches. To promote the show's eighth season last year a new cast was brought in consisting of Haley Joel Osment, Xzibit, Andrew Dice Clay, Chael Sonnen and Candace Cameron in a series of hilarious parodies.  To […]