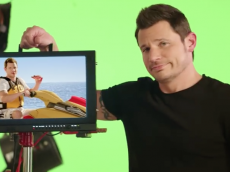 It’s weird to think about, but at one point in time Nick Lachey was one of the biggest stars in the world. He was the breakout star of 90’s boy band 98 Degrees, spurning out hits like Because of You and The Hardest Thing. After his music career slowly faded away, he became one of the first big reality stars, […]

As Tom Brady looms, Greg Olsen appears to be cementing himself as a top NFL analyst

What are the top 5 potential NFL head-coaching job openings?