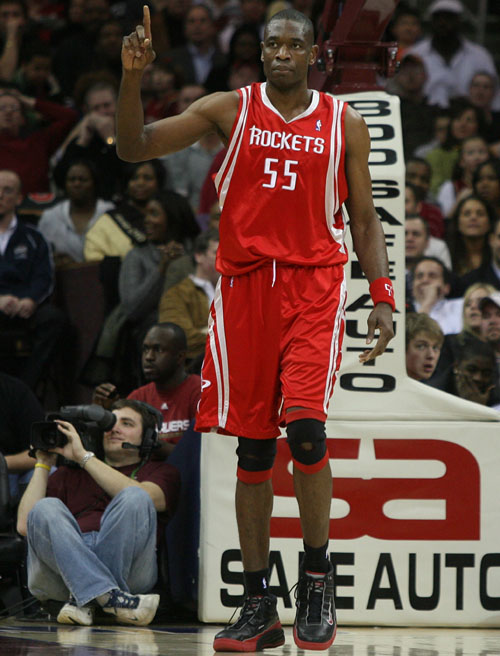 Old Spice has made a habit out of making completely off-the-wall, unrealistic, zany commercials involving sports figures.  Horses, centaurs, bears talking to Ray Lewis, all of these are seemingly commonplace in the Old Spice universe.  The strategy has worked to varying degrees, although the wow factor naturally wears out over time.

But with their latest idea, Old Spice has gone so far over the top, so far outside the known universe, so beyond what any rational mind could formulate, it may be the single most amazing, most stunning, most brilliant thing I've ever seen.

What is "Dikembe Mutombo's 4 1/2 Weeks to Save the World" you ask?  It's a website Old Spice has launched that stars the former finger wagging, shot blocking NBA star in his quest to save planet earth before the Mayan Apocalypse strikes.

No, I'm not kidding.  Check the link.  The intro screen is below, too.  What's even better is that the website is in 8 bit retro form! 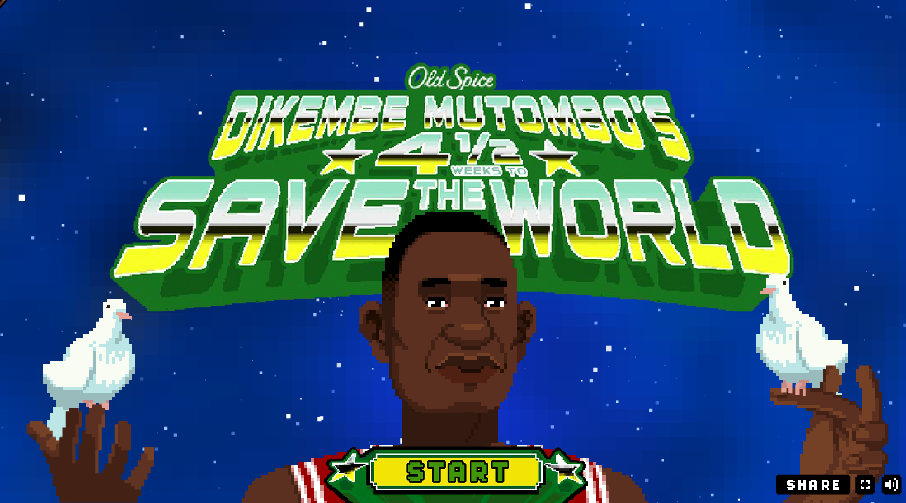 That's Dikembe Mutombo holding what appears to be two white doves.  He even plays the flute too.  When Al Gore invented the internet, this is what he had in mind.

In a nutshell, the entire premise of the website is a video game slash story arc where you, as Dikembe Mutombo, perform arcade tasks humorously related to popular culture to save the earth.  One involves getting people to vote and overcoming an Asian dance craze.  It appears that each week a new game will be released and you can play and move forward until late December when (knock on wood) Dikembe Mutombo saves us all.  There's also barely enough Old Spice references to keep this somewhat relevant to the product at hand.

I may have wasted seven hours yesterday on this website like those days in the seventh grade when I was addicted to addictinggames.com.  The trademark Old Spice stamp of silliness is all over Dikembe Mutombo's 4 1/2 Weeks to Save the World… although I guess the name gives that away.  (Is there an easy way to shorten that?)  The dialogue is ridiculously funny, the graphics are perfectly old school, the mouse pointer is Dikembe's wagging finger, and the cameos of Science the Bear and random turkey are absurd to the extreme.

Somehow, it all comes together.  There's only so many things that can surpass cartoon Dikembe Mutombo asking "random turkey" if Thanksgiving is awkward for him and then devouring a green bean casserole.

Check out a few screengrabs of the games below… 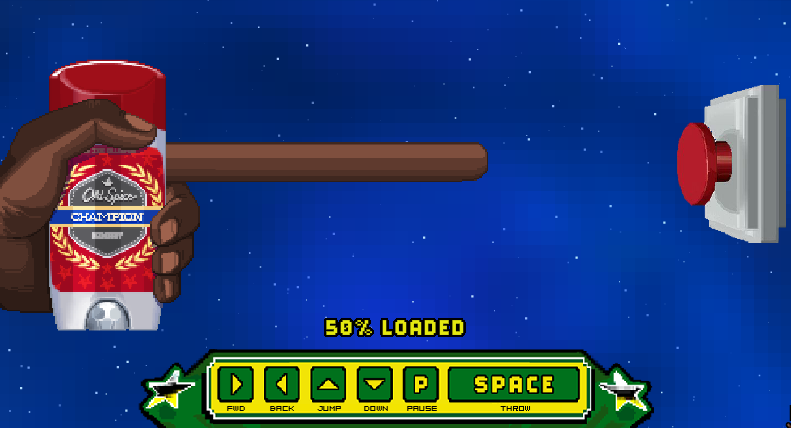 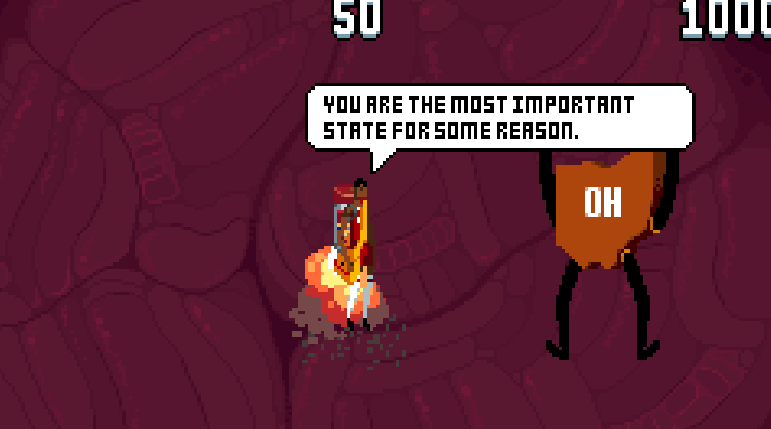 Amazingly, Dikembe Mutombo is the perfect person on the planet for this kind of thing.  If the world does end come December, at least Old Spice will let us enjoy our last days together.  Great public service considering they're a deodorant company.