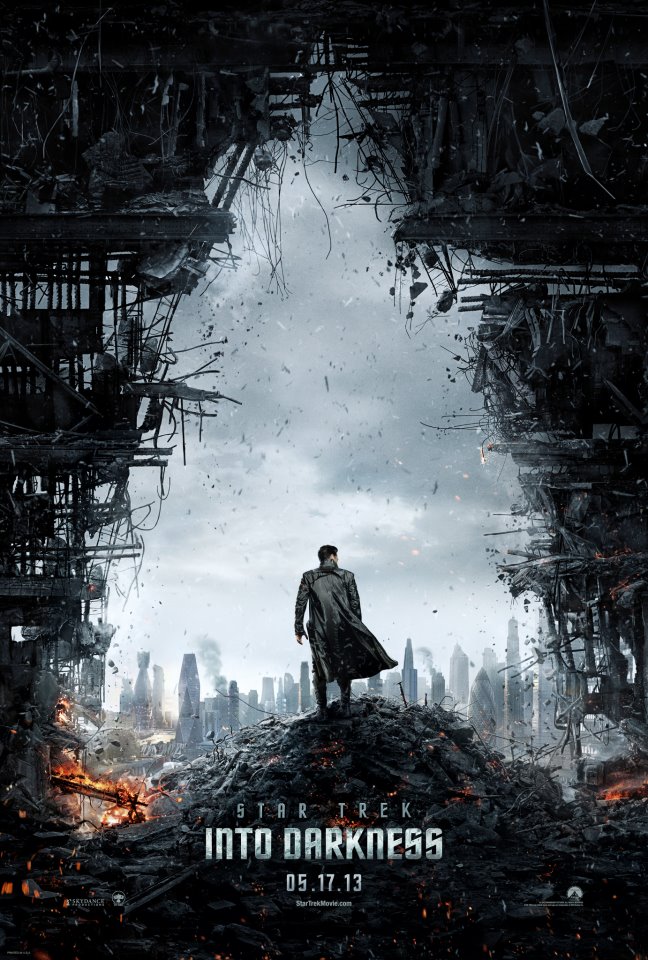 Star Trek Into Darkness has released a new poster promoting the new film that's slated to be released in May of 2013. The poster, seen above, seems pretty familiar doesn't it? The first film that comes to mind is The Dark Knight Rises, which had a poster nearly identical to the Star Trek poster above.

However, as a user on Tumblr noted, the Star Trek poster copies numerous films proving once again that when Hollywood gets an idea everyone jumps on the bandwagon.

The newest Star Trek poster closely resembles posters from Battle: Los Angeles, The Dark Knight Rises, Battleship, The Raid: Redemption and Inception, to name a few. There are other examples out there of a character, silhouetted by destruction but these are some of the most recent and similar examples.

Perhaps the Star Trek poster creators assumed everyone had forgotten the poster from Inception (did we dream of that poster?) or that no one actually went to see Battleship, thus never seeing the posters. Those are fair points but it's foolish to mimic a poster used by one of the most successful films from 2012, The Dark Knight Rises.

Way to boldly go where no man has been before, Star Trek.