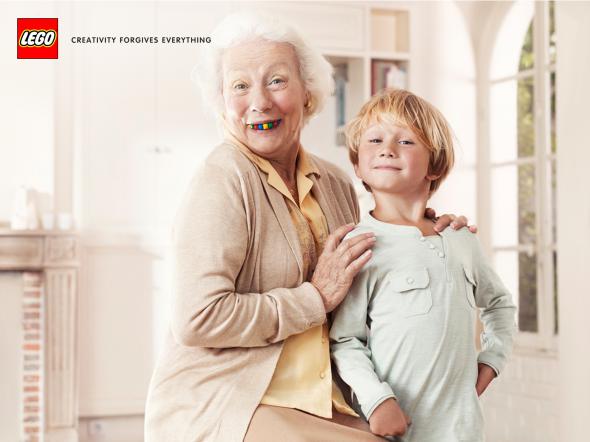 Legos are awesome. That's really all that needs to be said. With that in mind, it's pretty difficult to write a negative piece on the beloved childhood toy. These print ads were created by a French advertising agency in an attempt to show that as long as you're creative, it's acceptable to get into some mischief.

However, as you can see from the print ad above, the concept wasn't executed as well as you might have expected.

So…what exactly is the ad at the top of this article trying to tell us? The slogan of "Creativity forgives everything" isn't too bad, but what does it have to do with a Grandma that has Lego teeth? The awkward pose between the Grandma and the child doesn't help much either. I'm pretty sure that if I would have seen this ad when I was a kid I would have been traumatized and would have sworn off Legos.

Fortunately the other pieces in this series of four ads make a bit more sense. 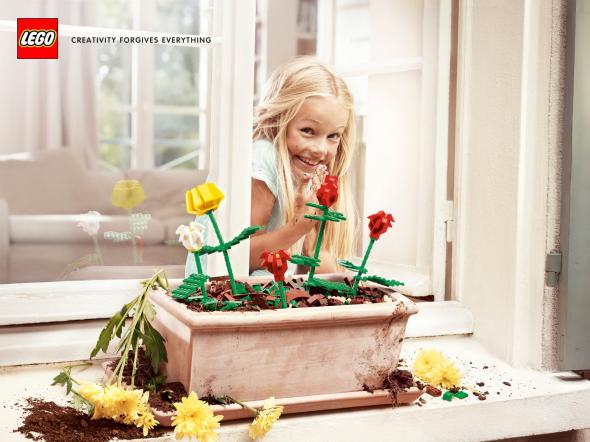 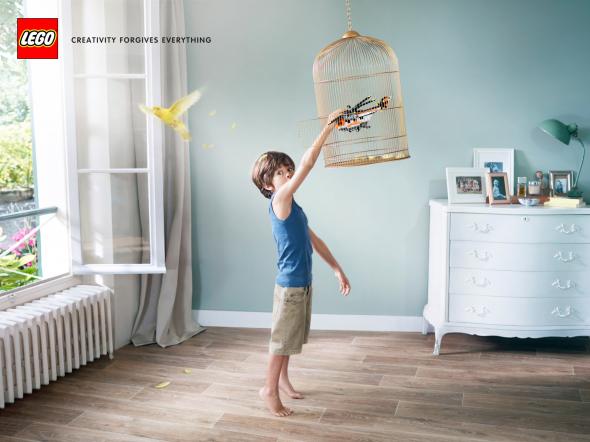 A girl uproots some real plants in order to plant some Lego ones. A boy releases his pet bird so his Lego helicopter has a place to sit (OK, that one doesn't make much sense either). Finally, two children tamper with a wedding cake, replacing the typical bride and groom with some Lego ones.

I don't think the bride/groom would forgive the creativity in this instance. The happy couple might have more to worry about than their cake considering the demonic grin the small boy has while holding what I assume are his parents. I'd watch my back and regularly check his room for Lego weaponry if I were them.

Overall, it's a rather disappointing effort. The slogan could have been used much more effectively and in a way that does a better job of showing the joy and wonder that is Lego. Let's hope that these are the last ads this particular agency makes for everyone's favorite building block.