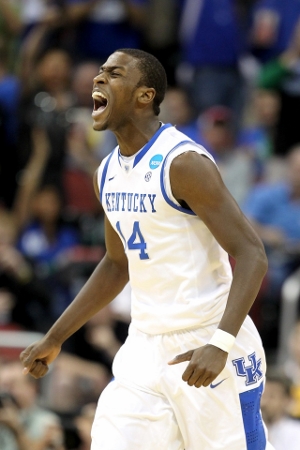 That young fellow you see in the photo above is Michael Kidd-Gilchrist. In his only season at Kentucky, he helped lead the Wildcats to the 2012 National Title. He now plays for the Charlotte Bobcats.

Why is this important? I'm glad you asked. Deadspin pointed out that Nike is using the above image in a stock-photo type campaign, featuring many schools in this year's Big Dance. Nike was tweeting out its congrats last night as schools were announced during the selection show. Let's look at some examples, shall we? 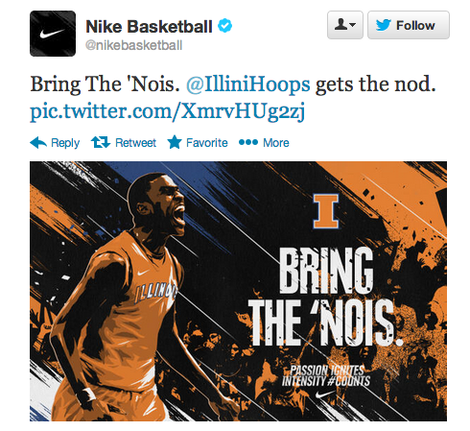 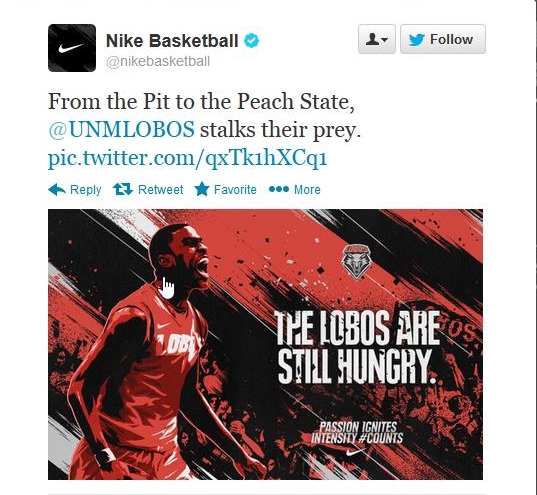 All three of these ads are using Kidd-Gilchrist. What's also interesting is that Nike is mentioning the schools' twitter handles in the tweets. Did they not think the school's media relations department wouldn't notice that not only did Nike not bother to use a current player, but they're featuring a current NBA player that came out of an entirely different school?

Nike likely had to use this rather strange tactic to circumvent NCAA rules which prevent a company from using a player's image for promotional purposes. Nike likely hoped that through some creativity they would be able to pull off a NCAA promotion without getting sued.

Unfortunately for Nike, this is the Internet and people hunt down this stuff for a living. Nike might be lawsuit free but they have plenty of egg on their face.

Reva is a staff writer for Awful Announcing and the AP Party. She lives in Orange County and roots for zero California teams.