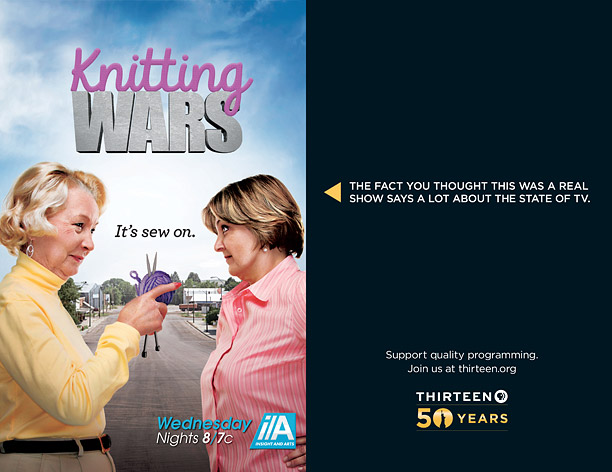 PBS is mocking the current state of television with a series of fake reality show ads which have popped up in New York subways. Thirteen, one of New York's PBS stations, is urging viewers to support quality programming by mocking the ridiculous reality shows which currently fill the dial.

Married to a Mime. Bad Bad Bag Boys. Knitting Wars. Bayou Eskimos. The Dillionaire. All of these sound like plausible new reality shows, don't they? That's exactly PBS' point. The fact that all of these fake concepts sound legitimate demonstrates the rather shocking state of television where nearly every concept under the sun is now a reality program.

PBS makes a strong case with these parody ads. Considering there's not one, but multiple shows currently on TV about people buying stuff from storage lockers (obviously staged lockers at that), the argument for quality programming has never been more relevant.

These ads are brilliant. The only thing better than the concept are the witty slogans for each fake show. Knitting Wars: "It's sew on." Fantastic.

Check out all of the ads below. 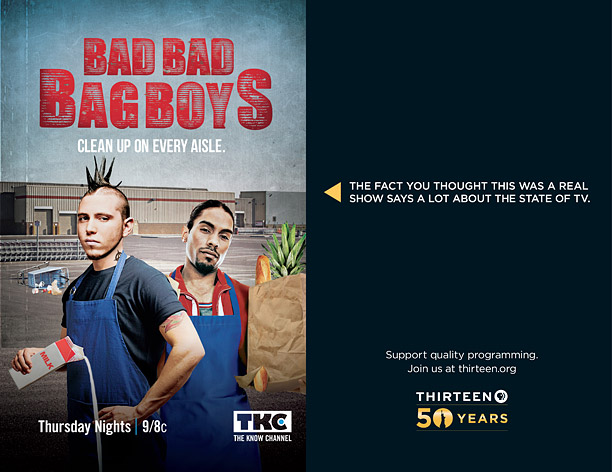 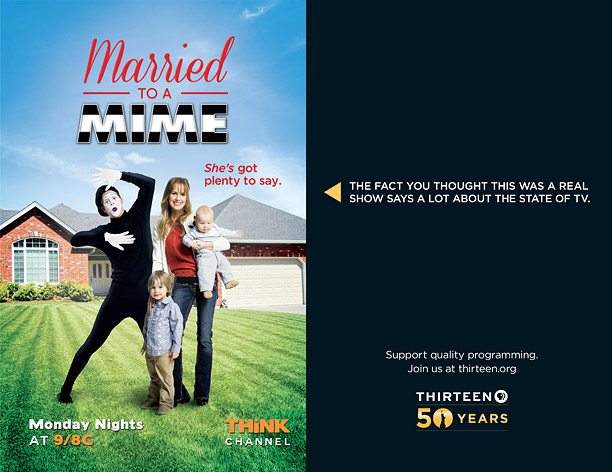 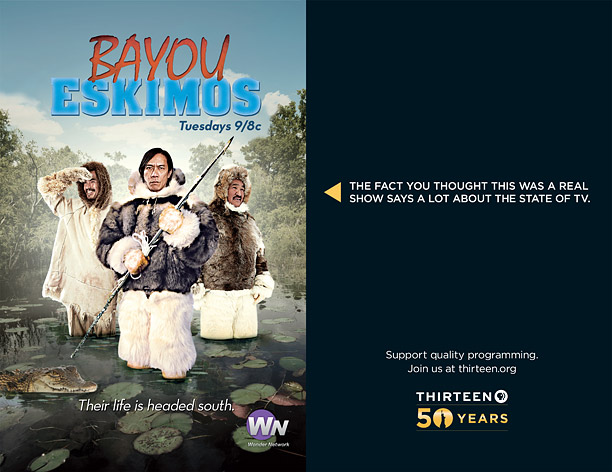