Have you ever tried Wodka Vodka? No? Neither have we. Despite the fact we've never tried their product, we can't resist discussing their marketing campaign which reached a whole new level with this sign seen in Chicago Lake Liquors, located in Minneapolis, Minnesota (We know, it confused us too). The photo of this sign attracted plenty of eyes on Reddit and we couldn't resist weighing in on it.

This bit of in-store signage is just another extension of a marketing campaign that Wodka has been using for quite some time now. It's a fairly direct message: ____ Quality. ____ Pricing. The first blank should be a lavish or expensive item or idea while the second blank should be something commonly thought of as cheap. It's simple, but it works. It spices up the usual "our product is just as good as pricier options" without being boring about it. Can it be offensive? Maybe, but it certainly generates buzz.

As we mentioned above, this isn't a new concept. Wodka has received plenty of complaints in the past, including some over the escort/hooker slogan that was used on a billboard.

This billboard which stated "Christmas Quality, Hanukkah Pricing" was the attention of numerous news reports and complaints back in November of 2011. 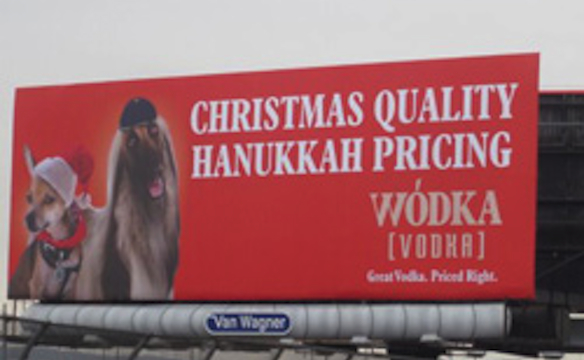 They've also tackled the ongoing situation between the United States and North Korea. 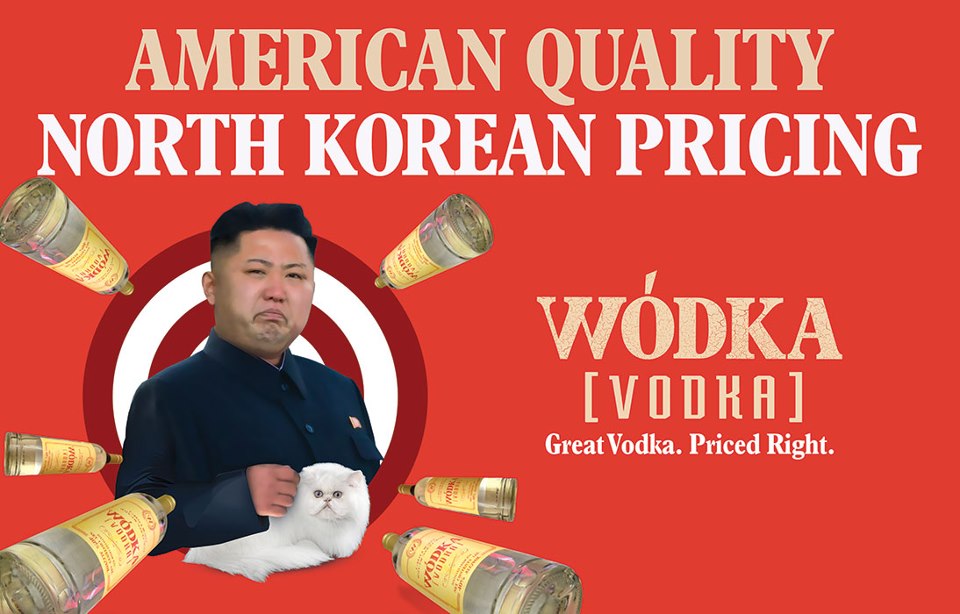 These ads aren't necessarily classy, professional or tasteful, but what do you expect from a cheap vodka that knows its place in the liquor market?