This Froot Loops ad where two parents enjoy a bowl of cereal and video games after their children go to sleep is actually pretty good. It’s not annoying, it has a fun message and it probably rings the nostalgia bell for a lot of viewers. Unfortunately, it has one mistake which is tough to overlook if you know anything about the original Super Mario Bros. on the NES.

Did you catch it? She’s smashing the buttons on the controller, but the game is still on the title screen. You’re not even playing! How hard would it have been to hit the Start button and film the actual game? Is she really that bad of a player that they had to show the title screen instead? So many questions. Pointless questions, but questions nonetheless.

Oh, and the Froot Loops box magically spins to show the front of the box regardless of the camera angle, but that’s easy to overlook given the video game blunder.

We’ve seen plenty of mistakes involving video games and advertisements. Here’s one of the most classic examples, also involving the NES: 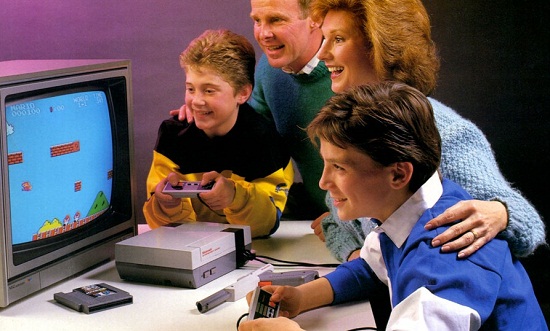 This ad for the NES and Super Mario Bros. proves that no one likes little Timmy in the yellow. He really thinks he’s playing this 1-player game, doesn’t he? It’s sad, really.