Have you ever wondered whatever happened to the band Europe? You know the guys that released the hit song “The Final Countdown” in 1986? I know I haven’t. Well, like fellow rocker Billy Idol, they’re starring in commercials these days, as the group appears in this new spot by GEICO.

As much as I harp on the band, which is probably unfair considering their success predates my birth, this spot is very, very funny.

The premise is simple. An office worker is nuking his burrito in the microwave, counting down the seconds until it’s ready, when suddenly, ‘The Final Countdown,’ starts playing and Europe is actually performing behind him playing the iconic tune. Lead signer Joey Tempest is giving it his all, while the mini stage shoots sparks. The rest of the office reacts somewhat casually, with one guy on the bottom left getting out of the way of the oncoming theatrics.

The spot ends with one of the office workers, who previously look disgusted, shaking their hips to the song, while the tag “If you’re the band Europe, you love a ‘Final Countdown,’ its what you do. if you want to save 15% or more on car insurance, you switch GEICO, it’s what you do.”

If you hate the spot, it’s worth viewing for this reaction alone. 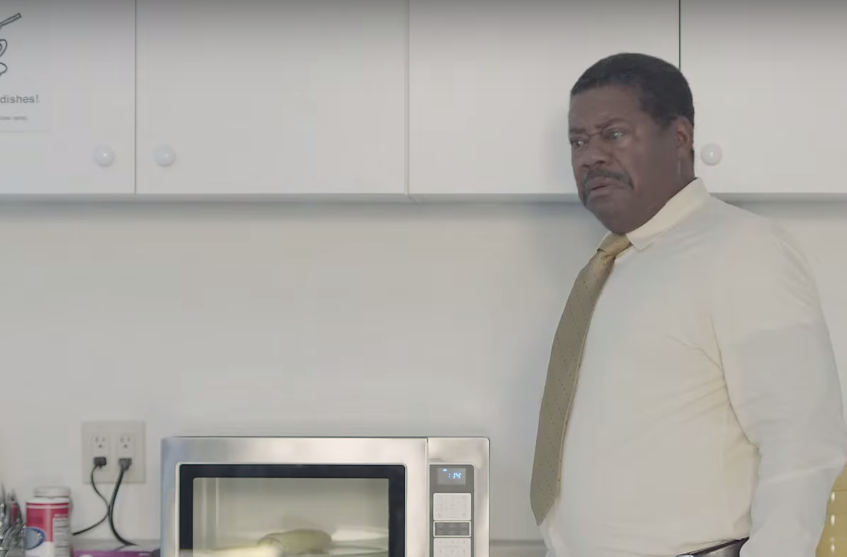 I feel like I’d share a very similar reaction to this guy, who just wants to eat his burrito in peace.

Props to Geico for making all of this seem relevant. Somebody had the idea of putting Europe in a commercial, and they did it, while making it funny.

Which forgotten rock star will appear in a commercial next?

And… if you’re wondering, here’s my favorite use of the song.