The Yukon government tried to make sure residents were taking Vitamin D, and their campaign backfired fabulously.

The department of Health and Social Services wanted to promote vitamin D and came up with the an ad campaign, that was just very suggestive, coming up with slogans like “We all need the D, even me.” Check out the ads. 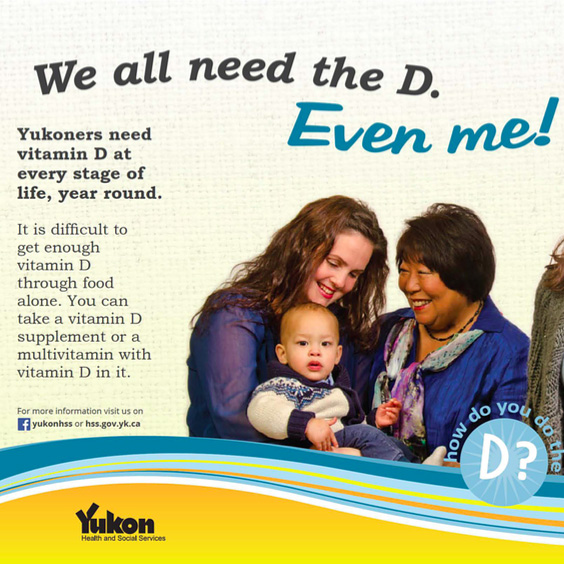 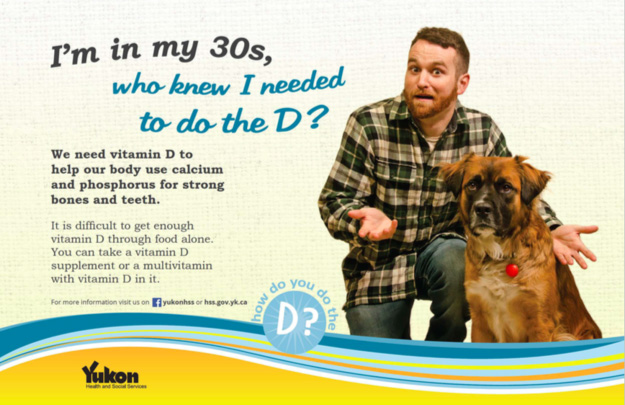 The message is a good one, as getting more people to take Vitamin D is important, but the double entendre is hilarious.

The campaign has been suspended, and the Yukon government released a statement on the ad, saying they were intending to produce a humorous message. When big websites like Jezebel and Buzzfeed picked up the article things escalated.

“When trying to reach a young adult audience, Health and Social Services often reaches for provocative and humorous messaging, to great success,” the government said in a statement.

“However, what was considered cheeky messaging on our Vitamin D campaign escalated to ribald humour, taking the campaign into graphic areas that were never intended.”

While the campaign had some unexpected results, such as being mentioned in BuzzFeed, we definitely hit our target audience and beyond.

In fact, the very first sentence in the BuzzFeed article says: “Yukon Health and Social Services is running a campaign to remind people to take their vitamin D.”

This is the entire point of the campaign.

They’re bang on. More people are likely to be talking about this campaign, and consider taking Vitamin D because of it. Yes, it’s immature and cheeky, but it’s successful and that’s all that matters.

In the Yukon government’s case, all press is good press.