Can you keep up with a Kardashian? Even if said Kardashian was seemingly intentionally airbrushed disproportionately? A subway ad from Protein World wants to know. 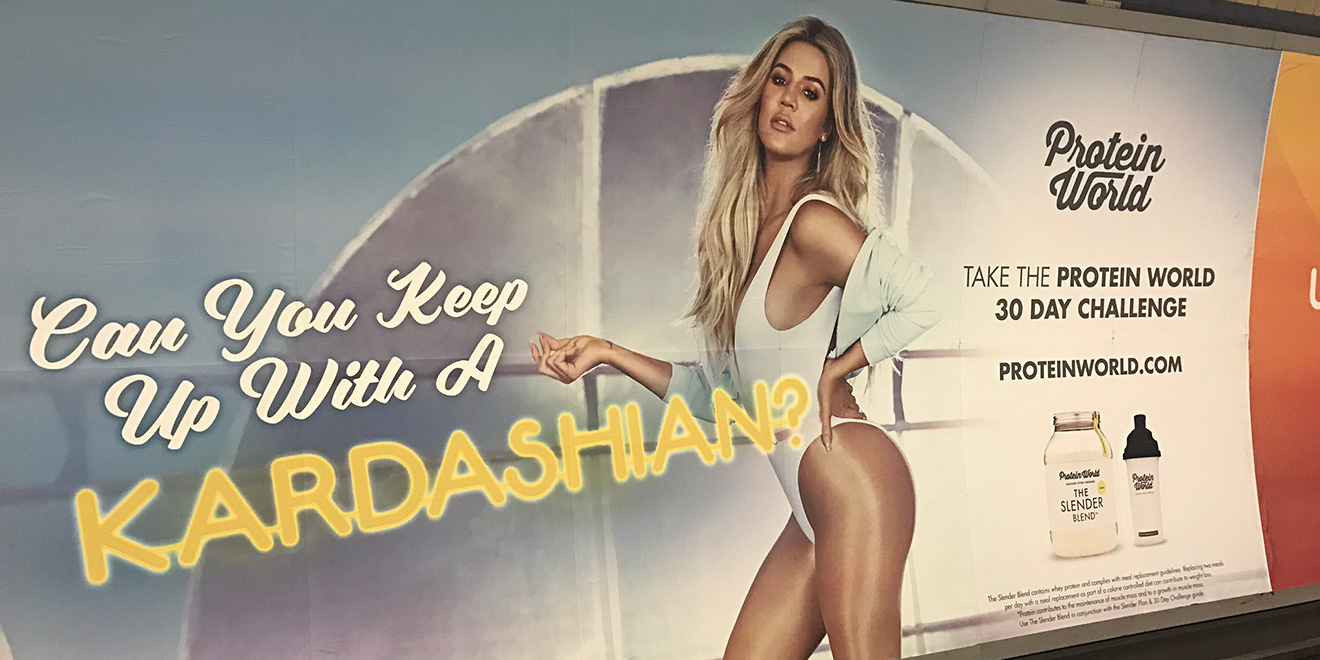 The ad, featuring Khloe Kardashian in a skin-tight leotard has drawn criticism for encouraging unrealistic body images. Public calls to ban the ad have reached as far as the London Assembly, as Caroline Russell advocated banning the ad.

“People taking the Tube should not have to be bombarded with adverts that imply their bodies aren’t good enough,” she said. “I am urging the Mayor to look again at these adverts that challenge young people to ‘keep up’ with reality stars known for idealized and unrealistic body shapes.”

Protein World’s collaboration with the reality star might not have been the target of public outcry as much if the company hadn’t used similar tactics of body shaming in past ads. They were roundly criticized for a campaign last year which stressed thin bodies = beach bodies.

At the end of the day, no matter how you feel about the Kardashians, you have to admit the ad is setting unfair standards on what a beautiful body is supposed to look like. Photoshopping an ad and presenting it as a body weight goal gives people a target they’ll never reach.