This week a scandal broke out after Buzzfeed published a doozy of a 35-page document compiled by a British intelligence operative which claimed Russian officials have a secret recording of Trump watching prostitutes pee (yes) on each other, in the same Moscow bed Barack and Michelle Obama stayed at.

Now, there’s been conflicting takes whether the report is valid. Regardless, the internet’s crushed Trump for the alleged golden shower. The PEOTUS hasn’t been shy about his love for gold, often associated with lavish living.

Trump's home is gold. Why wouldn't you think he likes his showers that way, too? pic.twitter.com/7uYxTx1Lux

But, the old advertisement is too damn funny in relation to the recent claims.

An ad from Lodha resurfaced for Trump’s Mumbai tower. It’s gold and features the tagline “I never miss a golden opportunity. Neither should you.” I wouldn’t take those comments at face value in relation to Trump’s latest scandal, but jfc is it ever golden material. 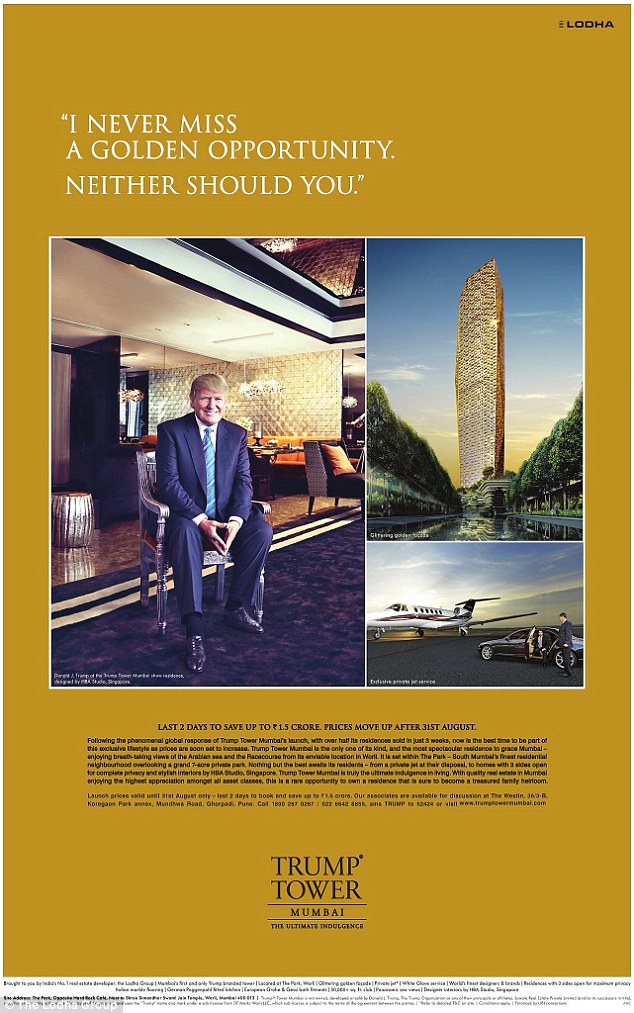 I’m not here to bash Trump or say the golden shower report is true, but you have to admit, even if you’re a staunch defender and supporter of the upcoming President, it’s funny his obsession with gold has come to this.