Here’s yet another ad from Adidas leading up to the World Cup. Messi is having a hard time sleeping and he apparently has the tournament on his mind. Pretty great collection of soccer stars in this one, but the real star may be the new cleats from Adidas. We’ve seen some crazy designs and colors, but those may take the cake. 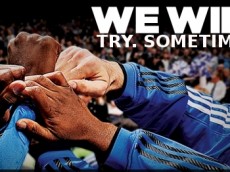 The Orlando Magic unveiled their new marketing campaign for the upcoming season and it was immediately met with mixed reviews. This year they will rally around the cry of "We Will". The campaign, as announced on the team's site, will replace the old slogan of "Be Magic".  The Magic's new slogan is a typical one, […]

What is fair when discussing nepotism in sports broadcasting?