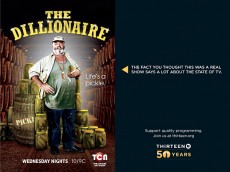 PBS is mocking the current state of television with a series of fake reality show ads which have popped up in New York subways. Thirteen, one of New York's PBS stations, is urging viewers to support quality programming by mocking the ridiculous reality shows which currently fill the dial.  Married to a Mime. Bad Bad […]