The U.S. election cycle continues to bring out the worst in people.

A gun store in rural Jackson Center Pennsylvania called Altra Firearms posted an incredibly offensive newspaper advertisement taking aim at both the Muslim race and Democratic Party presidential nominee Hillary Clinton. Owner Paul Chandler bought ad space for his “one stop gun shop,” where it states “Please NO Muslims or Hillary supporters – We do not feel safe selling to terrorists.” 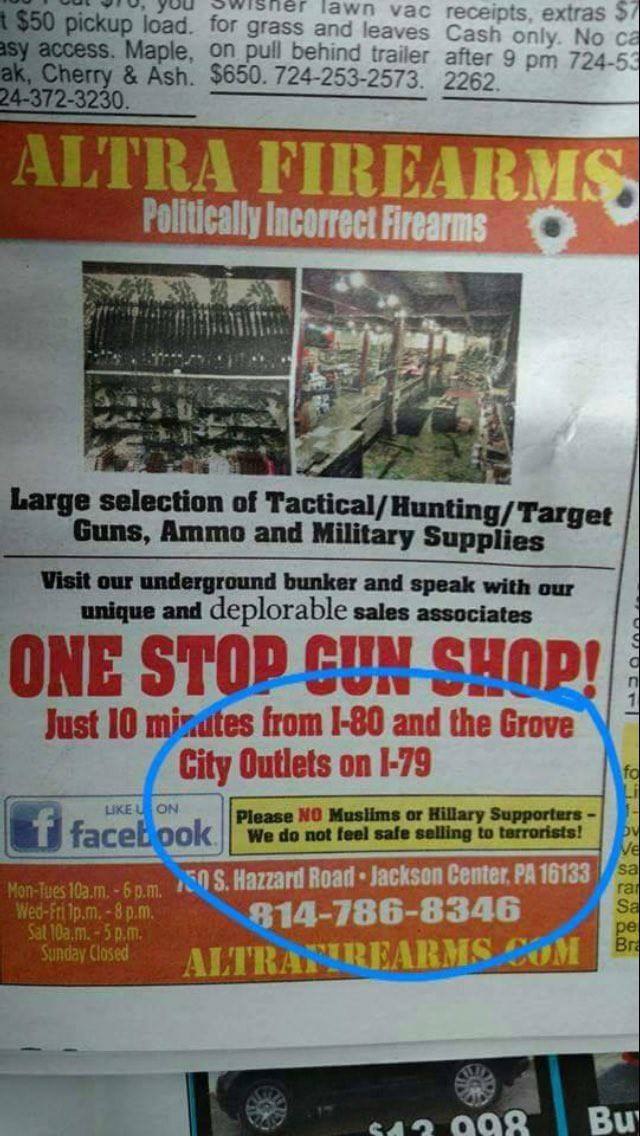 Chandler told ThinkProgress his disdain for Clinton was rooted in her stance to take guns away from Americans, but his comments on Muslims were a bit more concerning (and racist).

So I guess Chandler is openly against the second amendment? That’s an interesting stance to take, but sure. It’s amazing he can be so openly bigoted and try to maintain any shred of decency. Chandler proudly publicized his racism.

The biggest plot twist regarding Chandler’s foolish stance is he’s not even a Trump supporter – although he agrees with the Republican Presidential nominee’s proposed Muslim ban. Chandler’s voting for the Constitution Party, who’s candidate Darrell Castle has polled in the low 1-2% range. The gun shop owner seemed like a sure bet to support Trump.

Politics aside, Chandler’s advertisement is unprogressively ass backward in 2016.