Fitness advertisements can be tough to create, considering the sensitivity regarding weight loss. Jokes shouldn’t be attempted at the expense of physical appearance. One English gym didn’t even try to be considerate to the topic, posting an ad which has received criticism for fat-shaming. 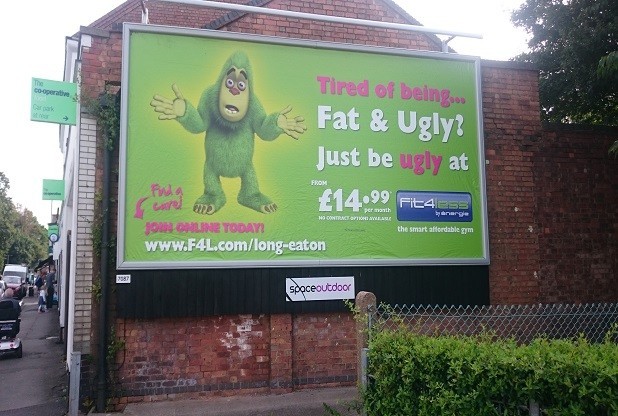 Fit4less, a Derbyshire gym, created an ad campaign featuring an ill-advised fat joke. The tagline of their latest ad is “Tired of being fat & ugly? Just be ugly at Fit4less from £14.99. It also features a green monster looking confused.

Fit4less told the BBC they created the ad to draw attention to their gym.

“Fit4less is a brand that doesn’t take itself too seriously, the campaign is intended to be seen as light-hearted fun and we certainly don’t mean to cause offense,” a spokesperson wrote.

“By adopting a light-hearted approach we can reach a wider audience and gain the attention of people who wouldn’t usually respond to traditional gym advertising.”

The location of the advertisement also drew criticism for being next to a family supermarket. Locals in the area told the BBC the ad was offensive and rude.

The advertisement is just as stupid as it is offensive. This a real business trying to attract customers by telling them they’re ugly. The playground style joke is laughable and cringeworthy. It would also be less offensive if Fit4less didn’t pull this type of crap before. Earlier this year, they released this advertisement. 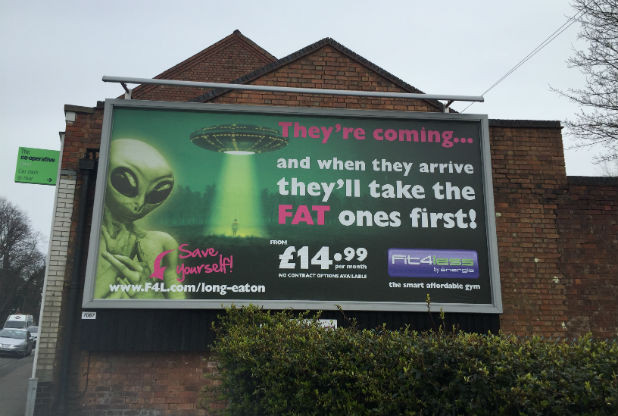 People are talking about your gym Fit4less, but for all the wrong reasons. Making offensive, lame advertisements and defending them saying they’re “light-hearted” is a baffling approach. Is the business run by a fourth grader? That’s what these fat-shaming ads suggest.

There are so many other ways to advertise, even in a cheeky fashion. Be better Fit4less.