Jon Stewart and Arby’s have had a long relationship where Jon dishes easy jokes and Arby’s tweets back or just takes the flak. With Jon signing off on Thursday night, the feud ended and Arby’s sent a reply back sarcastically thanking Jon – at least I think it was sarcastic.

It’s a pretty funny spot with viral potential, however, the nature of the relationship between the Daily Show and Arby’s has always been in question. Does Jon really have something against Arby’s or are they such an easy target? It’s also possible that Arby’s is a paying sponsor of the show, which is even stranger because of the number of disparaging comments said about the restaurant chain.

Why wouldn’t they have issued some sort of slander charge as Stewart’s jabs were a bit excessive and uncalled for. Would they really be the butt of extremely insulting jokes to get the brand out there?  It’s certainly possible, which is backed up by the fact that the ad above was posted by Comedy Central’s Youtube account. 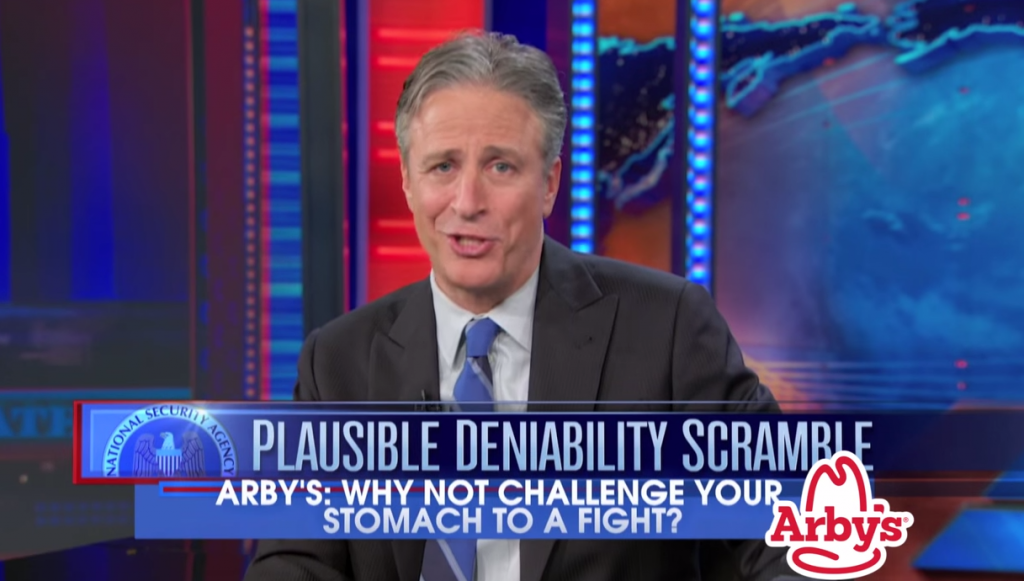 The whole thing is very fishy but the underlying topic is something that has been a debate for a long time; is really any publicity, good publicity? It’s a maxim used often in marketing but having your food be called ‘technically food’, and harder to digest than pain and grief can put a serious damper on the public’s opinion of your company because the publicity is just so negative.

I certainly won’t be going to an Arby’s soon no matter how aware I am of their brand. Whatever the relationship is between Jon Stewart and Arby’s was, it’s over now. The effect of his Arby’s bits will last, for better or for worse.