It’s too bad Green Bay wide receiver Jordy Nelson is out for the year with a torn ACL. So far he’s making the most of it by doing a national commercial with Buffalo Wild Wings where he surprises unsuspecting Packer fans with some fantasy football advice. These surprise ads can be found on TV all the time now but this one comes with a twist.

The customers know something is up, and when Jordy is on the Walkie-Talkie it seems like the reveal is over. The dummy phone call makes the commercial just a bit smarter than your average, “I can’t believe this beer is made by Sam Adams.” The ad gets a little bit sad when Nelson is forced to mention he’s out for the year multiple times, a big deal for any pro athlete and especially one as talented as him. It’s a long commercial but Nelson comes out looking like a great guy in a really ugly Buffalo Wild Wings Jersey. 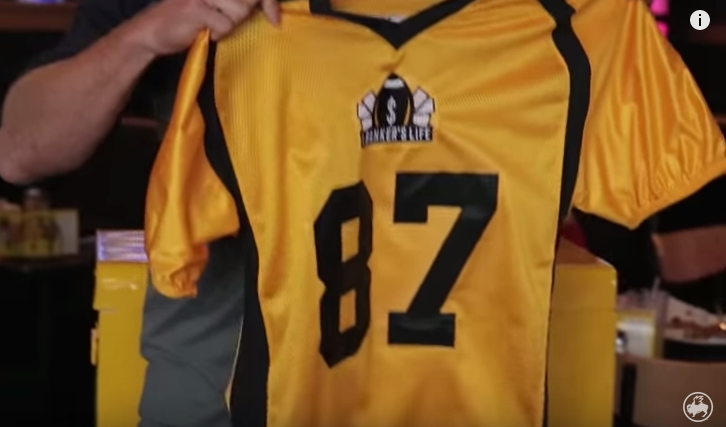 The #Bdubsaliveevents is the last pitch and it’s a nice pun but not a great marketing tactic. People don’t like to be told what hashtag to use. The only other instance of #Bdubsaliveevents that I can see is a Hines Ward visit to one of the locations.

The 2 minute commercial with Jordy Nelson may seem like there are lots of surprises to come, but I suspect this is just more brand awareness and the ad is successful in that. I hope the next time I see Nelson on the screen is on the football field.