Who knew the Japanese love Star Wars? In a cross promotion with Disney, ANA is rolling out three impressive and expensive Boeing 787 planes to showcase their favorite droids in the movies. It’s called the ANA Star Wars project and their website for it is pretty incredible including a themed intro.

The idea to put BB-8 and R2-D2 decorations on planes is an interesting one. The one on the plane perhaps Yoda should be. Maybe the robots resonate more with the Japanese masses, or most likely the droids presented easier and cheaper painting options. 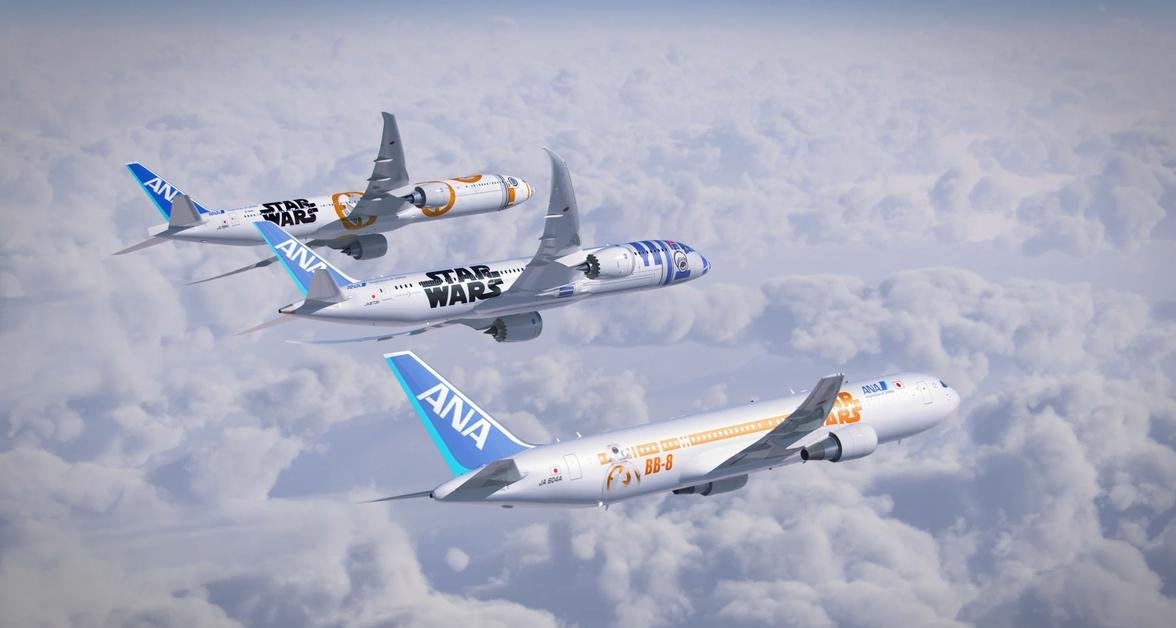 These digital airplanes are flying dangerously close to each other

As for the designs of the planes, I’d grade a D. The idea to make a Star Wars themed plane is a great advertising concept but the execution seems to be lacking. The R2-D2 one might be the best but it’s still a unimpressive homage to the droid we aren’t looking for. Here’s the introductory video on the website.

It’s a fascinating digital representation and despite the design failure, the advertising has gone well because the New York Times and other big outlets picked up the story. Now you’ve heard of ANA airline and only because this marketing ploy has gone so well. I look forward to seeing more sponsored planes in the air in the near future, and certainly not a long time ago in a galaxy far far away. (sorry I had to)

P.S. The in-flight entertainment on international flights will be all six Star Wars movies, which is sneakily the best part of the project.