In the liquor industry, getting your name out there is the best way to make your brand succeed. There are so many competitors for shelf space that some companies will do whatever it takes to set themselves apart. Even Justin Timberlake’s tequila, Sauza 901, had to go all out to separate themselves from the pack.  JT features in this funny and bizarre ad however not in the way you’d think.

I enjoy the idea of commercial. The personified lime (Timberlake) had it all due to its partnership with tequila. Now this particular tequila, Sauza 901, came out and the lime is old news, an unwanted aspect of the tequila drinking process. Personally, I think the lime makes drinking tequila a fun experience and differentiates it from other alcohols. Sauza 901 distancing itself from limes seems like more of a marketing ploy than in actual practice.

An issue I have with the ad itself is its use of the brands most valuable asset, Timberlake. It’s hard to tell who the man with the lime-head is, and seems like a waste of one of the most recognizable faces in entertainment. Next time Sauza 901 tries to make a wacky commercial maybe Timberlake should be telling the joke, and not be the butt of one. 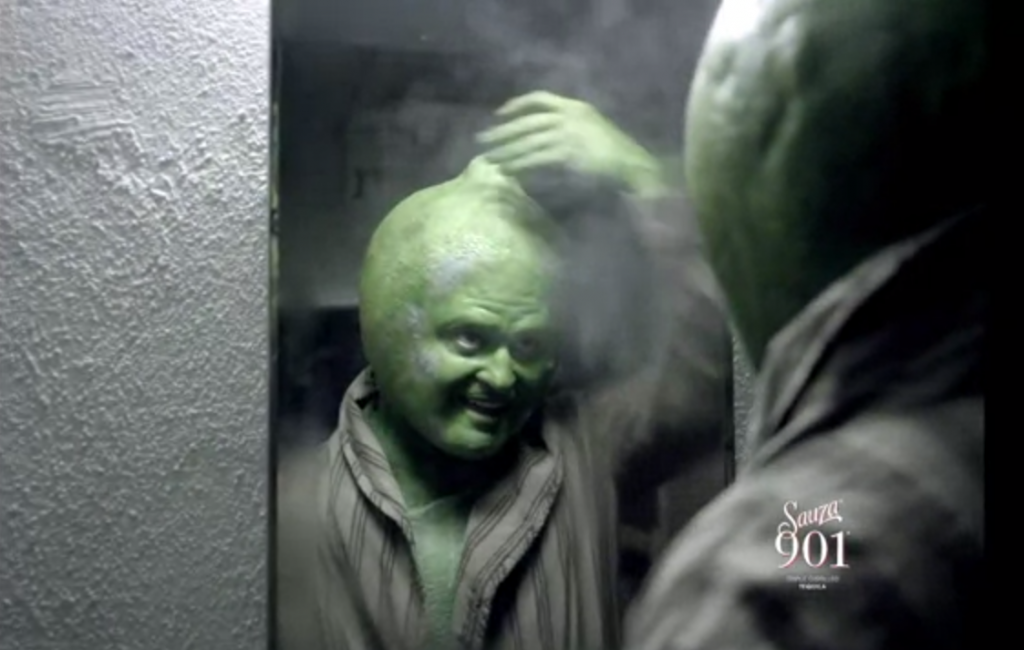 “You still got it Ricky”